Synechiae of the Uterine Cavity

Endometriosis is a common cause of infertility. It is a disease, which is defined by local uterine tissue growing outside the uterus, which causes inflammation and irritation. It is one of the most painful disorders that occur when the tissue that usually lines the inside of the uterus, known as the endometrium, begins to develop outside the uterus. Endometriosis involves the followings:

In rare cases, the endometrial tissue tends to advances beyond the pelvic organs. The dislocated endometrial tissue usually thickens and often breaks down with each menstrual cycle. This causes heavy bleeding during the menstrual period, and at other times of the menstrual cycle. The displaced tissue does not have a way out of the body naturally and eventually, it gets trapped inside the system. In case the endometriosis includes the ovaries, there are greater chances of cysts formation known as endometriomas. The tissues around this area become irritated due to such cyst formation. It gradually develops surplus tissue and adhesions. Abnormal bands of fibrous tissue makes the pelvic tissues and the organs stick to one another.

Endometriosis causes mild to severe pain to the woman. The severity of the pain especially increases during her periods. This also results in infertility problems. However, there are effective treatments available for the syndrome.

The complication that arises as the primary symptom of endometriosis is pelvic pain. This pain is more noticed during the menstrual period. It is common for women to experience cramping at the time of their menstrual period. Nonetheless, the pain suffered during the periods due to the effects of endometriosis is far worse than usual. The pain increases in severity over time.

Common Signs and Symptoms of Endometriosis

Dysmenorrhea or pain in the pelvic area during menstrual bleeding might extend quite a good number of days than usual due to the effects of endometriosis. Cramping is noticed before the beginning of the period accompanied by lower back and abdominal pain.

Women suffering from the syndrome of endometriosis experience pain during sexual intercourse. The effect remains even after sex and gives a burning sensation in the genitals. Some women lose all interest in sex because of the pain.

– Pain during bowel movements or urination

Women with endometriosis are most likely to experience symptoms like pain during bowel movements or urination during their period.

A woman diagnosed with endometriosis might suffer from infertility and need to seek treatment to overcome it.

Women are often noticed to be suffering from the following issues, especially during menstrual periods, due to the effect of endometriosis:

The severity of the pain usually increases with the extremity of the condition and is a reliable indicator for understanding the seriousness. However, in some cases, women suffering from mild endometriosis may also experience intense pain. On the other hand, women suffering from advanced endometriosis may experience very little or even no pain at all.

Endometriosis can be mistaken for other conditions causing pelvic pain, like an ovarian cyst or pelvic inflammatory disease (PID). It might also be confused with irritable bowel syndrome (IBS). In this syndrome, the woman suffers from abdominal cramping, bouts of diarrhoea, and constipation. This syndrome is usually accompanied by endometriosis.

It is always advised to women, right from the puberty initiation, to immediately consult a doctor in case they suffers from heavy or abnormal menstrual bleeding. Light to mild pain or cramps is considered to be normal during menstruation. However, severe pain should be immediately reported to the doctor. It is very important to see the doctor in case you have any signs and symptoms indicating endometriosis. An early diagnosis is always beneficial for both the patient and the medical team to manage it better.

The exact cause of endometriosis is not yet definite. The possible clarifications related to this syndrome are:

Retrograde menstruation is one of the major causes of endometriosis. In this condition, the menstrual blood full of endometrial cells flows back through the fallopian tubes and accumulates into the pelvic cavity. Hence, it does not flow out of the body. The supplanted endometrial cells stick to the surfaces of pelvic organs and the pelvic walls. These cells grow there and continue to thicken and bleed over the course of each menstrual cycle.

Oestrogen hormone has the tendency to transform embryonic cells into endometrial cell implants during puberty during its early growth stages. This can cause endometriosis in women.

The “induction theory,” researchers have found that immune or hormone factors stimulate peritoneal cell transformation. Hence, the cells lining inside the inner side of the abdomen gets transmuted into endometrial cells causing endometriosis.

The lymphatic system transports endometrial cells to other parts of the body causing endometriosis.

– Disorder in the Immune System

Problems related to the immune system make the body unfit to identify and eliminate endometrial tissue outside the uterus. Hence, the chances of endometriosis increase.

Endometrial cells may get attached to surgical incisions like hysterectomy or C-section post-surgery.

There are many risk factors involved with developing endometriosis. These are:

The major complication related to endometriosis is lower fertility.

Endometriosis obstructs the fallopian tube and restricts the egg from travelling through it and unite with the sperm. Hence the egg fails to be fertilized by a sperm cell and get attached to the uterine wall to begin development. Thus, it affects the fertility.

However, women suffering from mild to moderate endometriosis are able to conceive and carry on with the gestation. It is mostly advised to women affected by endometriosis not to delay in having children as their condition may worsen with time.

Women suffering from severe endometriosis have difficulties conceiving even with the help of medical treatments and surgeries. Such women are mostly advised to apply for surrogacy in order to have a baby without difficulty. They can undergo IVF treatment to have an embryo out of their own egg and sperm and have it introduced in a surrogate’s womb to have a successful pregnancy. 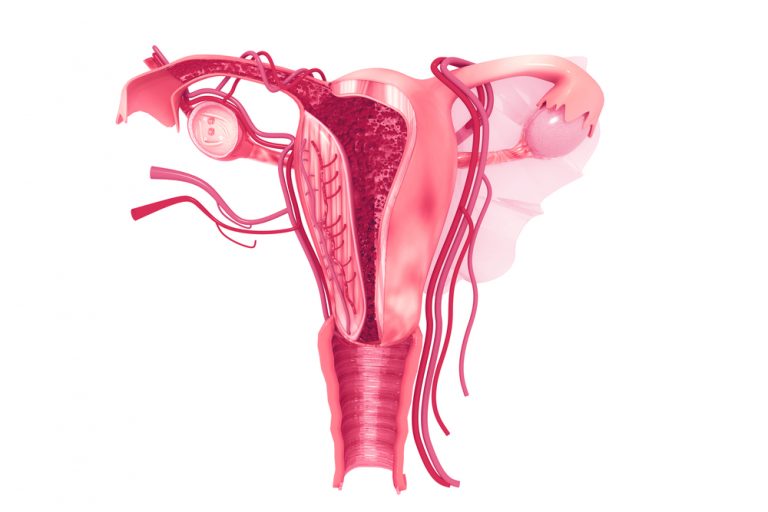 « Can Number of Eggs be Assured after Egg Retrieval?
Dear Maka »