As assisted reproductive technology (ART) has been making breakthroughs in understanding infertility and its causing factors, one of the fields to explore was always genetics. It appeared that in females as well as in males, infertility can indeed be due to genetic causes. Researchers have explored how chromosomal abnormalities and genetic mutations can lead to infertility. Bu studying this field they learn more about how IVF treatments can be used to assist the patients to build families and become parents.

Most of the times, female patients will visit the doctor with the intention to go through medical examinations and finally figure out why can not they become pregnant naturally. However, not rarely, the answer is to be found in genetic abnormalities of their male partners. In fact, male infertility is responsible for half of all the infertility cases. So it is very important to remember that both genders are equally likely to have fertility issues.

Subsequently, the common questions following this discovery include :

A number of studies and research carried out over the last decade have revealed that male infertility is mostly related to gene mutations or deletions as well as chromosomal abnormalities.

Male patients experiencing fertility issues will be tested on blood chromosomes, known as karyotype. Karyotype tests show the chromosome count and their appearance under the microscope. The attention will usually be paid to their length, shape and the difference between sex chromosomes. In males having a severe form of male infertility, an extra X chromosome may be found which means having a 47 XXY karyotype rather than 46 XY. This condition and disorder will be referred to as “Klinefelter Syndrome”.

Klinefelter syndrome, as you may assume, is a chromosomal condition that affects physical development in males. Moreover it can have an influence on cognitive development too. As the symptoms may vary, in most cases the patients will have very small testes and will therefore not be able to produce a sufficient amount of testosterone. Testosterone is a hormone that is essential for the sexual development in males. As a result, patients with Klinefelter syndrome will either achieve puberty with a delay, or unfortunately will not be able to achieve it at all. Most of the times these patients are also infertile, so IVF treatment in combination with intra-cytoplasmic sperm injection (ICSI) will be needed in order for them to have children. ICSI is an assisted reproductive technology and targets the infertility problems that are related to the sperm. During ICSI, a single sperm will be injected directly into a mature egg.

A large number of males with fertility issues have been found to have Y chromosome microdeletions. This means, that in certain parts of the Y chromosome, there might be a deletion, known as the DAZ gene. While their karyotype count is normal 46 XY, a closer investigation reveals that sections of the Y chromosome are missing. Y chromosome microdeletions affect the production of sperm and makes it complicated or sometimes impossible for the patients to become biological fathers. The body may not be able to produce sufficient amount of sperm cells, or may not produce them at all. Sometimes the sperm cells will have an abnormal shape and will not be able to move normally.

However, if there is small amounts of sperm present, IVF programs with ICSI can be possible. However, if not, there is no real way to recover and sperm donation will be required in order to have children.

Another of the well known genetic disorders is cystic fibrosis. In males, it causes the absence of the vas deferens, the tube part which is supposed to connect the testes to the ejaculatory ducts. About 97% of the male patients suffering from cystic fibrosis are infertile and 20% of female patients have difficulties too. Female CF patients’ issues are sometimes connected with ovulation problems as well as the lack of menstruation.

For IVF and ICSI purposes, sperm can be retrieved from the testicles. It is however important to remember that the female patients or egg donors have to be checked on cystic fibrosis gene mutation too, because otherwise a baby will have a very high chance of inheriting the disorder. 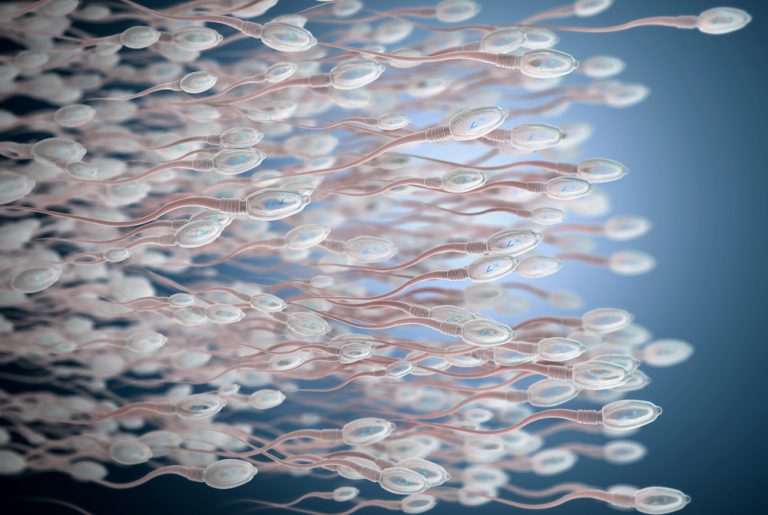