Adenomyosis as a Cause for Female Infertility

Speaking about the conditions that affect fertility and may become a reason for surrogacy- adenomyosis can be one of them.

Adenomyosis is a gynaecological disorder during which the inner lining of the uterus, the endometrium, penetrates the muscular tissues of the uterus, the myometrium. Uterine walls grow thicker and the condition tends to alter the receptivity and the functionality of the endometrium. The condition can be located in the entire uterus but can also be localized in a single spot.

Symptoms of adenomyosis can be absent, mild, but also severe and include :

Adenomyosis is not a life-threatening disorder. However, considering the symptoms, strong cramps and heavy bleeding can have a very negative and undesired effect on a woman’s daily life and overall health.

When talking about adenomyosis it is complicated to discuss risk factors and causes as they are not well known. However, considering several theories we can suggest that the disorder is caused by :

The condition is common, but is mostly diagnosed in women who have already had children or prior to uterine surgeries.

Doctors will usually perform a physical exam and test if the uterus is swollen. During adenomyosis it is common to have a enlarged uterus, sometimes is can be the double the normal size. Ultrasound is used to diagnose the condition. However, if the doctor has problems identifying the adenomyosis through the ultrasound, a MRI will be the next step to get a clear impression and a high quality image of the condition in the uterus.

As mentioned, during adenomyosis, symptoms may not be present at all. However, the condition is known to have a connection with high risks of miscarriage and decreased success rates of pregnancies.

Despite being a condition that affects the uterus, that alters its functionality and interferes with the menstrual cycle, adenomyosis does not mean that a female will have trouble becoming a parent. These patients still have a very good chance of having functional ovaries and satisfactory ovarian reserve.

Patients who have adenomyosis but have healthy ovaries are strongly advised and encouraged to not step back, apply for surrogacy and become parents. 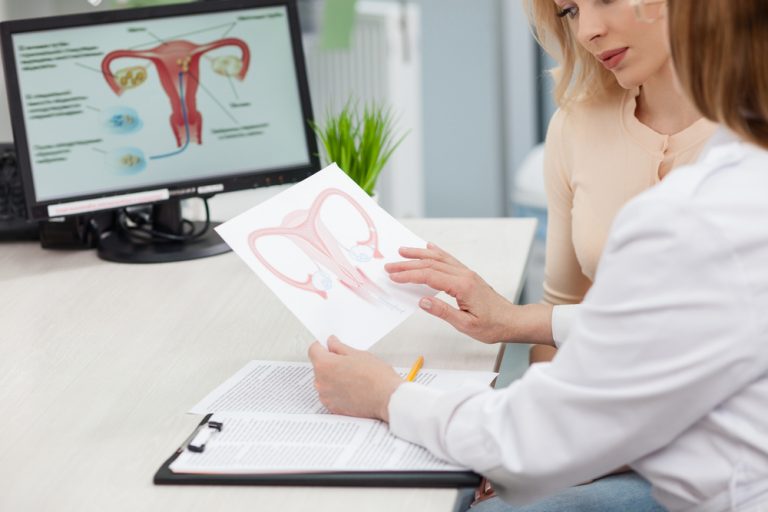