Once a couple decides to go in for IVF after several failed attempts of attaining pregnancy, there are a lot of decisions to be taken. These decisions are based on the particular scenarios of each case. In case the IVF is undertaken due to correction of male infertility factor(s), there are questions regarding the usage of the fresh or frozen sperm. Couples want to be sure of the best method application in their IVF procedure, and, hence, assure their chances of developing the pregnancy through the best possible ways. As a matter of fact, the rate of pregnancy and live birth is the same in almost all cases of both fresh and frozen sperm introduction. There is no difference noticed in using frozen sperms over fresh ones with IVF-ICSI cycles.

On the other hand, there are many economic and time advantages in using frozen sperms. It saves a lot of the couple’s money and also fastens the IVF procedure. There is a greater importance of time in IVF treatment, as it may offer success may after a series of failed attempts.

Cryopreservation of sperms makes it easy for fertilizing the high-quality eggs. This is much beneficial for those couples who have hired egg donors for their IVF procedure. In case a couple is not able to produce high-quality eggs, they go in for egg donors and fertilize those donated eggs with their sperm. If we pay attention to the economic advantages of using frozen sperm, we can find that it saves on the travel expenses of the couple each time they have to come down for sperm supply. On the other hand, if they would have stored the same sperm with the IVF center, they need not have to travel and bear the other expenses for every sperm release. This saves their financial resource, and the couple can devote it to other affairs of the same procedure.

Use of frozen sperm has increased in the past half-a-decade in the IVF treatment. This has proved to be fruitful in almost all the cases. There are multiple reasons behind the application of frozen sperm in IVF. The most common reasons are:

In actual fact, a couple can take one or many attempts to find success with IVF. This depends on how their bodies respond to the IVF treatment. Of course, the IVF can be successful in the first attempt, but the couple should have to be mentally ready to face the circumstances in case it is not successful. Multiple cycles can be picked in such cases to achieve a successful pregnancy and live birth. The number of procedures including the male partner can be reduced by using frozen sperm in each successive IVF cycle. It increases the convenience and affordability of the couple. In most cases, the couples stay at another part of the globe and have to incur travel and lodging expenses every time they have to reach the IVF center to hand over the sperm. To avoid such inconvenience and wastage of money, most IVF centers choose to collect samples of sperm beforehand and cryopreserve it. This preservation does not affect the quality of sperm and keeps it in the same excellence forever.

In case a post-pubescent man is diagnosed with cancer or any other malignant diseases, the medical treatment that he might require to undergo compromises his fertility. The quality of his sperm can downgrade due to the application of medicines and injections. In order to save his sperm to have his own child in future, freezing sperm is chosen as a smart way to preserve his fertility down the road. This is a similar way as the female fertility preservation options. Thus, the person can make his own baby through IVF with his frozen sperm even after his fertility status has deteriorated after his malignancy treatment.

Someone who is diagnosed with being a sterile or has low sperm morphology to the extent that the sperm he releases are not viable for fertilization, the couple can choose to go for a sperm donor for their IVF cycle. This will give them the choice between frozen or fresh sperm. Choosing a route of frozen sperm saves them from time and money drainage. Most IVF centers have high-quality sperm samples in reserve that are used in those IVF cycles that require sperm donation. This is one quick way to match the sperm and eggs as these cryopreserved sperm are already cultured ones. The data analysis and fertility ratings of the preserved sperm are already done. It eventually reduces the time of fertilization and pregnancy development.

Active military personnel sent into combat battle zones also can have their sperm frozen to secure their fertilize sperm in case they experience a war injury. They always remain exposed to combat zone toxins that compromise their fertility potential. For this reason, they mostly opt for storing their sperm that can later be used to make their babies.

There are some myths related to freezing and thawing sperm. Some people are of the belief that this process of freezing and thawing sperm compromises the sperm integrity and makes it difficult to fertilize eggs. Some fertility specialists recommend using intracytoplasmic sperm injection (ICSI) for such couples who want to avoid such situation. The fact is as long as there is no chromosomal abnormality present in the sperm, it remains in an excellent stage and is more likely to fertilize the egg.

Studies made in the field of comparing fresh and frozen sperm conclude that there is insignificant difference on choosing fresh or frozen sperm for fertilization success.

Since there is a prevalent myth related to the quality of preserved sperm, many couples are found to be intimidated while going for cryopreserved sperm. Proper education on this, however, enlightens them to make the correct decision. Our efforts are always focused on revealing the best options to the couples. They are in a phase where they would definitely like to make decisions after detail analysis, and we respect that. Our goal is to give them the best choices and value to their money.

As fertility experts in the field of IVF for decades now, our primary objective is to reduce the gap between IVF initiation and childbirth. Several procedures are altered on the basis of particular IVF cases to take the edge off and bring success in minimum time.

Apart from that our moral responsibilities drive us to disclose the monetary benefits that the couples are going to get in choosing frozen sperm for their IVF cycle. They already have had invested on the treatment and egg donation. So, our accent remains based on securing their monetary stability in every which way possible.

Various detailed studies have already proved couples who use ICSI for their IVF cycles can easily opt to use frozen sperm and expect the exactly similar rate of fertilization and pregnancy success. 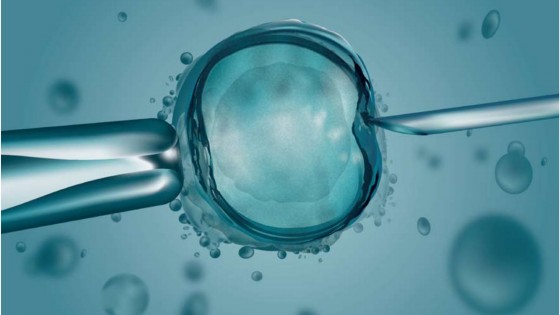