Importance of Karyotype Test in IVF

Let us deliberate the most talked about karyotype test in IVF to know its importance. Here in this write up, we will study along with you the necessity of this medical test, which is although regarded to be non-mandatory, but is yet immensely necessary. People have many wrong notions about a karyotype test. Some consider it to be an unethical medical test and point out the negative effects of it towards surrogacy and childbirth.

Genetic karyotyping, also known as chromosome analysis, is a particular test performed to reveal the presence of certain genetic abnormalities. The test is executed to confirm specific genetic disorders or diseases. The test may reveal the child’s risk of having born with a genetic or chromosomal disorder. Karyotyping test reveals the presence of Klinefelter syndrome in the male partner. This genetic disorder is often not diagnosed till the person experiences infertility.

Men, who are affected by Klinefelter syndrome are found to have an extra X chromosome present in their DNA. They are XXY, instead of being only XY, and, hence, are typically infertile.

The doctor usually recommends genetic karyotyping in the following cases:

Genetic karyotyping is required before the initiation of Assisted Reproductive Technology (ART), including IUI or IVF. This test is especially important for all those couples who are considering IVF with ICSI. This increases the risk of passing on male infertility to the child and also some other genetic disorders.

Procedure of the test

The test is usually done on infertile couples via a blood test. The blood samples collected are processed in a laboratory. The blood cells are first allowed to grow in special containers till it reaches a particular growth stage. Then the cells are strained out of the container to be scrutinized under the microscope. The lab technician examines and evaluates the size and shape of the cells. The photographs of the cells are taken and the chromosome counts are recorded. The specialized photograph helps to evaluate the chromosome arrangements.

Genetic testing is much required in an IVF treatment to find out the reasons of miscarriages experienced by couples. There can be various unknown reasons that cause miscarriages. It can be repetitive in some couples. In search of possible reasons behind the miscarriages, genetic testing and counseling are recommended. It also helps in avoiding genetic birth defects in the yet to be born child.

Genetic mutations cause infertility if it is present in any one of the parent. If both the parents carry the mutation, there are high possibilities that the genetic condition may pass on to the child.

Couples considering IVF with ICSI, have the higher risk of passing on several genetic conditions to the child than with regular IVF or natural conception. Hence, such couples are highly recommended this genetic test to find out the chances of their baby getting affected by any genetic condition. Every parent justifiably wants their child to be healthy and free from any genetic disorder. In order to secure their child from every possible genetic disorder, they peruse karyotype test in their IVF treatment program.

Options for Those Who Have Higher Genetic Risk

Surrogacy is a vital journey for all those who have faced troubles in natural childbirth. The process itself is nerve-wrecking for the intended parents as they invest their mind, body, and soul into the program. It’s too obvious that the surrogacy program is a little expensive and consumes much of a time. It involves the lives of two people who have been going through a series of medical treatment and IVF procedures to bring a child of their own genes to this world.

Karyotype test in IVF helps to find out the possible disabilities of chromosomes that can be controlled at the point of pregnancy initiation only.

If the chromosome is detected with genetic defects, there are utter possibilities that the pregnancy developed out of such chromosome may have never survived anyway. Hence, it is wise to discard it at the very initiation.

Karyotype test reduces the risk of early miscarriage and risks of certain genetic defects. Although, there is no guarantee that the child born after the test would be 100% genetically healthy. The pregnancy can still miscarry even after karyotype test. That is why there is no compulsion on this test. It is the parent’s choice whether to go for it or not. Generally, parents undergo this test for their mental satisfaction as the baby they are trying to bring after so much of effort should be free from any genetic defect.

It becomes almost imperative, if not a compulsion, for intended parents going through IVF-ICSI treatment to undergo karyotype test. The chances of infertility pass on to the next generation in most IVF-ICSI cases are high, and, hence, embryologists recommend karyotype test to ascertain the presence of any such complications before pregnancy.

However, some are against such PGD tests as they find discard of defected chromosomes to be unethical. Multiple chances of pregnancy are often discarded after the tests. For people of some school of thought, this is equal to eliminating a pregnancy. On the other hand, if we take the thing positively, we can see other hopes in such discards. The chromosomes which are rejected to be developed to pregnancy serve best for the research and study in this field. Those are stored for laboratory tests and are fruitful resources to open new spheres of IVF research. 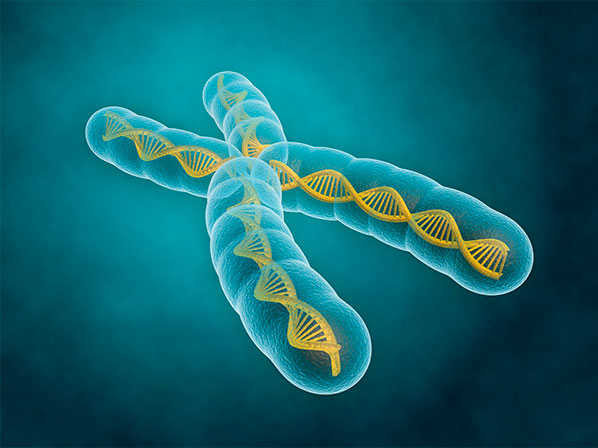